INTRODUCTION
Collaboration between Sport Auckland, Tri NZ and Black Sands Triathlon Club has inspired over 1000 primary school students to take up the challenge of triathlon, a new and exciting opportunity in the inner city of Auckland.  This includes over 250 students and 10 primary schools taking part in the annual Inner City Primary School Triathlon event and the establishment if a new junior community club, both of which are based at Coyle Park in Pt Chevalier.
This case study illustrates how the Locally-Led Guiding Principles have been applied when working with the community, schools and other key stakeholders to achieve quality sport and active recreation experiences for young people.  The outcomes of this collaborative and locally led approach are that young people living in the inner city suburbs of Auckland now have an accessible and quality opportunity to experience the sport of triathlon and develop their skills on a regular basis.

BACKGROUND
Sport Auckland has been operating in the Inner City of Auckland for nearly five years, working with a cluster of 15 Primary and Intermediate Schools to enhance and enable quality sporting and physical activity opportunities for young people.   There has also been a focus on opening up more school facilities for community use, as greater urbanisation has created a lack of recreation space for sport and physical activity.

During conversations between Sport Auckland and the Inner City Primary Schools, teachers and students raised the idea of triathlon being available locally. Despite the Inner City community being surrounded by water and parks, locals would have to travel to other areas to participate in the sport.

Listening to the voice of the participant a partnership between Sport Auckland, Tri NZ and Black Sands Triathlon Club was established, with a shared vision of providing a quality triathlon experience for young people living in the inner city suburbs of Auckland.  Six schools from the area initially engaged with the programme in 2016, all receiving in-school participant focused sessions. These sessions exposed the students to triathlon and enhanced their skills, concluding in the first Inner City schools triathlon, the Rick Wells Trophy event.

Feedback was positive with schools and students requesting that triathlon become a regular annual event. In 2017 full ownership of the programme was transferred to Black Sands, with Sport Auckland and Tri New Zealand providing support in building their capability.

“Through working closely with Sport Auckland we managed to progress the event further than expected despite all obstacles. “ - Lee Ornsby, Black Sands

These were followed up with skills sessions for students who were taking part in the event, followed by familiarisation sessions based at Coyle Park leading up to the triathlon. On November 10th 2017 Coyle Park saw the second Rick Wells Trophy Event take place, with nearly 300 year five and six students taking part on the day from 10 Inner City schools.

APPLYING LOCALLY LED PRINCIPLES
Sport Auckland’s approach was to focus on the strengths and assets of the community, local schools and other key stake holders who operated in the area.  Sport Auckland utilised their strong school relationships and created the initial link between the schools and Black Sands. Black Sands brought all their knowledge and expertise of triathlon to the table, providing all training sessions for the students and a dedicated and knowledgeable volunteer workforce at the event. The activation of a quality space in the area should also be highlighted; Coyle Park provided the perfect setting for the Triathlon on the day, with other schools sourcing nearby parks for their have a go days and skills sessions.

Learnings were taken from the previous year, where the original triathlon had to be scaled back to a duathlon due to sewage issues. The team at Black sands ensured the park was ready to go in 2017.

Through partnering with Black Sands, Sport Auckland was able to transfer ownership of the event to the club, enabling them to be seen as leaders of this sport in this community.

“As a young, small but passionate club, this event is easily our biggest achievement of the year and is quickly becoming one of the few keystone events for the club.  Our constitution goals are to expose and help the community of all different ages and abilities to Triathlon. With this event we can be proud that we are fulfilling this. “ Lee Ornsby—Black Sands 2017

HOW DID SPORT AUCKLAND CONTRIBUTE
Through local insights Sport Auckland identified that triathlon was something the community wanted to experience. The focus of this locally led project was twofold:

Build a system that is able to deliver an increasing demand for triathlon in the area. Ensure that what is being delivered is accessible and offers a quality experience for young people in local area.

“Subsequent to the race, the club has successfully held regular junior training sessions at Pt Chev and intends to support young athletes compete in junior events and progress with them to other local events.  With the experience gained our club is now in the position to deliver a high quality, realistic race condition event to both adults and juniors independently. “ Lee Ornsby—Black sands

Overall, the work between Sport Auckland, Black Sands and Tri NZ provided a new opportunity for children in the community and establishment of a new club locally that is accessible to those who wish to continue on the pathway of Triathlon.

PHYSICAL LITERACY APPROACH
​​​​​​​“Physical Literacy can be described as the motivation, confidence, physical competence, knowledge and understanding to value and take responsibility for engagement in physical activities for life.” (Whitehead, 2016). The Inner City Primary School triathlon has incorporated this approach throughout.

Triathlon was seen as a great choice for these young people as the combination of the swim, bike and run could be broken down into simple activities that almost every child would be confident in doing in their everyday life.
The Black Sands team continuously created a positive and all inclusive environment throughout taster sessions and delivery in schools, ensuring that what was provided was engaging, fun, inclusive and stage appropriate for all. Those that wanted to compete on the day were able to, it was made clear that these students did not have to be the fastest nor the most athletic, they just had to want to be part of the event. The opportunity to race was extended to all young people in years 5 and 6.
The extra skills session paired with the out of school practices at Coyle Park, aided in developing the confidence of each young person that attended. It also built on their knowledge gained during the in-school sessions to strengthen their understanding of triathlon as a whole.  Distances on event day were made to be achievable while at the same time still challenging. Every young person took responsibility of themselves during the race and each one of them made it to the finish line knowing they had accomplished something personally.

"We have loved having Black Sands Tri in our school. The trainers are super organised and energetic. We have loved how they are so inclusive and encouraging of all students and the Have a Go session has resulted in double the number of students who want to participate in the Triathlon. We would have them back every year!" Adrienne Faulkner, Sports Coordinator, Marist Catholic School Herne Bay.

HOW WILL WE APPLY OUR LEARNINGS AND WHAT DOES THE FUTURE HOLD
The programme now has a strong backbone to build upon, giving it the potential to grow in size year after year. Going forward we aim to continue supporting club school links and assist in creating new ones . The key challenge still remains at sourcing a suitable and sustainable way to continue the programme, which could potentially incorporate a user pays aspect and/or sponsorship. Schools are already asking for details in 2018, including those outside of the initial target audiences, displaying a clear opportunity to extend the event and continue the growth of the sport. 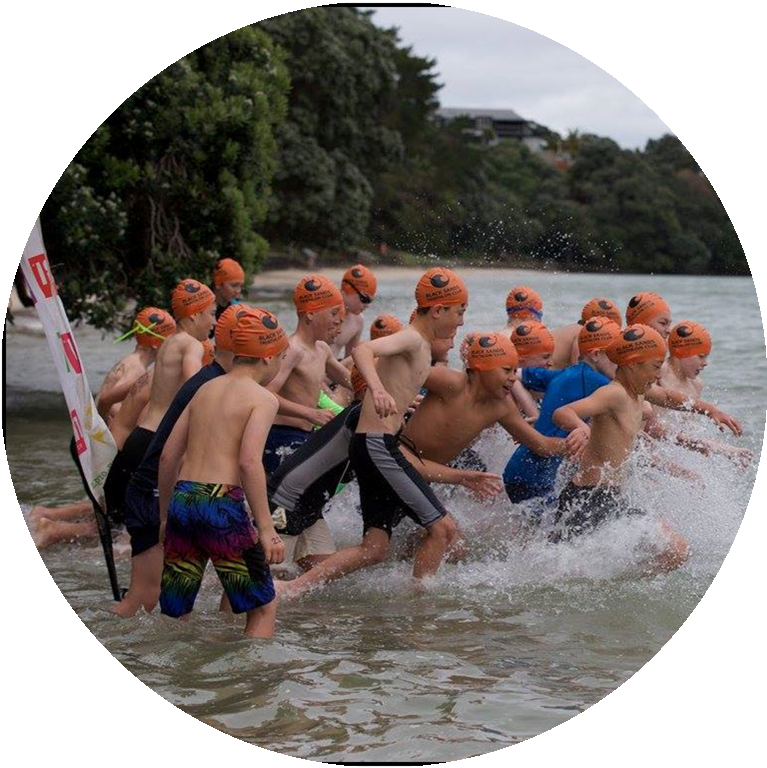 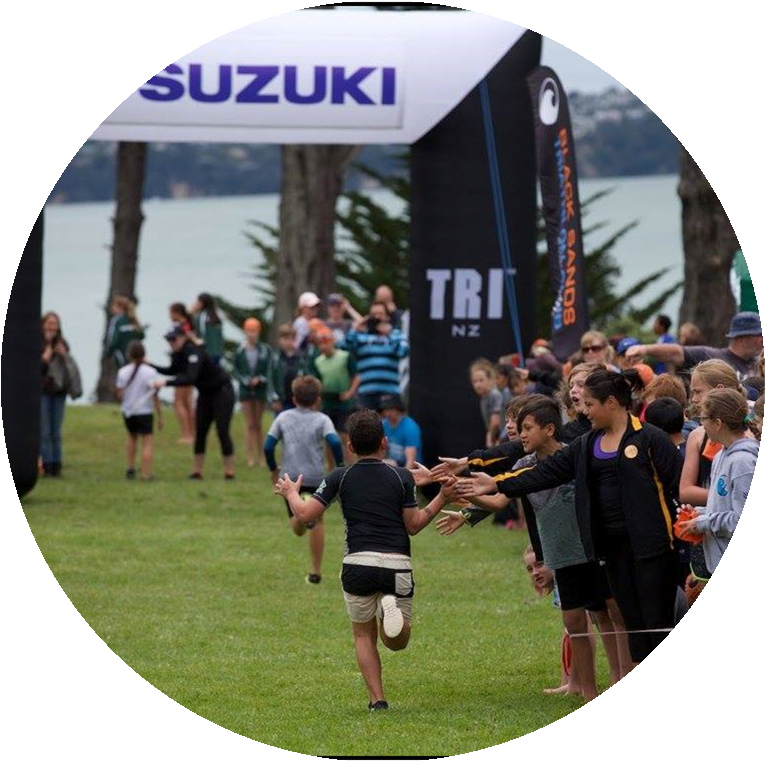 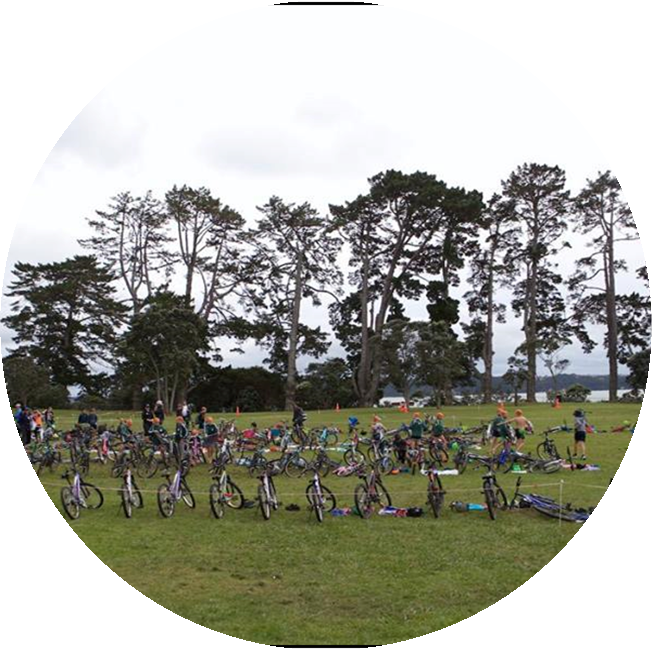 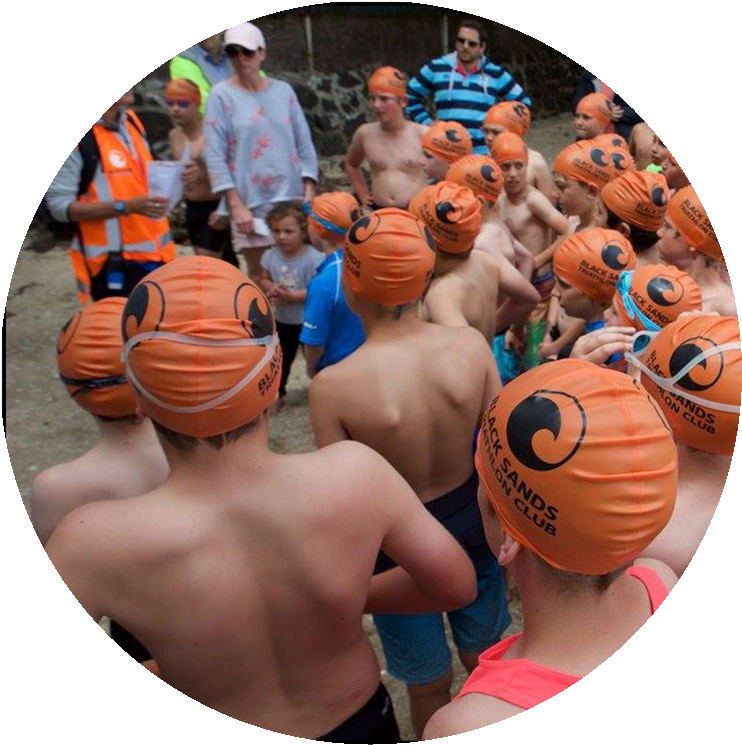